all works created with Alexandra Nazari
as NAZARI KNIBBE

For its inaugural exhibition, Gatto Pardo presents Cahoots, a suite of new, collaborative works made by the Los Angeles–based artist duo Nazari / Knibbe. Working primarily in sculpture, the two artists have constructed a series of freestanding and wall-mounted forms, each as lively and extemporaneous as a conversation between two close friends. Nazari / Knibbe’s call and response is full of zingers, and truly light on its feet; each artist tacks structural and stylistic touches on top of one another, crafting nimble remarks in plexiglass and powder-coated steel. Knibbe’s welded, wavy shapes and thin rectangular frames often outline these dialogues; his always-playful tone translates into glowing turquoise and cerulean hues. Nazari adds flourishes in the form of cast-aluminum celery sticks, rosemary sprigs, and Protea flowers, the latter sourced from the legendary downtown Los Angeles Flower Market. Dusted in white paint, Nazari’s florae—frozen at the moment of full bloom—spring straight up from Knibbes’s thin chassis of forged metal. Their thin, dagger-like petals and bulbous heads balance atop slender, slanting stems, leaning under the buds’ weight. Their tilting and wending stand in clever contrast to Knibbe’s straight lines and controlled curls, so immaculately machinemade, almost mathematical in their precision. Named after the Greek sea-deity Proteus—known as the god of precipitate sea change—Nazari’s Protea pull Knibbe’s clean geometry away from the open sea of abstraction, beckoning from the craggy shores of the real, transforming each work into a maker’s game of Marco Polo. In another nod to the neoclassical, Nazari’s slender celery sticks—also cast and painted true white—shape-shift into little Doric columns, their ridges now resembling tiny flutes and fillets in stone. They’re flanked by narrow, bushy rosemary sprigs, which in turn smack of small cypress trees. Resting on the bottom edges of Knibbe’s welded, white and cerulean frames, and pressed against their bubblegum-pink or clear plexiglass, these Hellenic miniatures are made to minglewith the modern. It’s one instance of many within Cahoots in which compounds of period andstyle parallel Nazari and Knibbe’s own interwoven practice. Amidst all the works is a strict attention to surface, a very Angeleno ability to pull signs and symbols from all sides, and to varnish and transform everything anew. The artists relish their mutual pleasure in playful shapes, beachy colors, and sexy shine, grabbing onto finish-fetish andmaking it, well, funnier. The show becomes a sumptuous synchrony of styles, two SouthernCalifornia sensibilities conspiring to conceive of something wholly new. As an artistic tête-àtête, it manifests an entirely new paradigm for making, chatty and improvisational and witty to the core. “It’s just so nice to be in conversation,” Knibbe remarked, a few days before Cahoots came to full fruition. “I mean, I miss bars so much, don’t you?” —Juliana Halpert 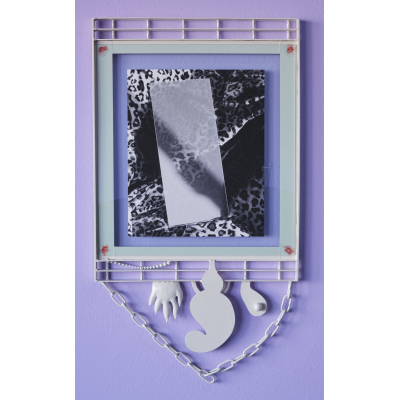 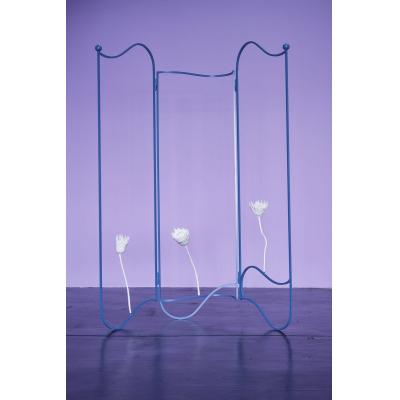 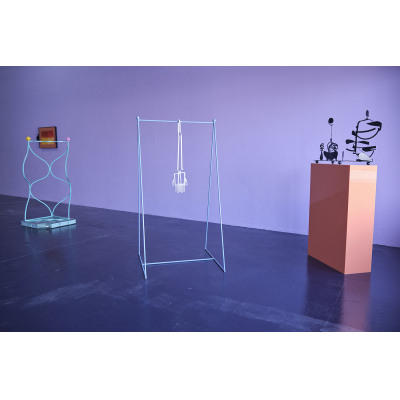 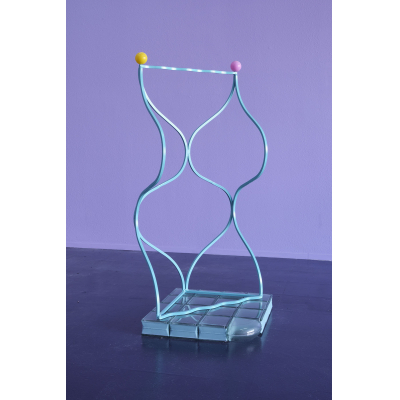 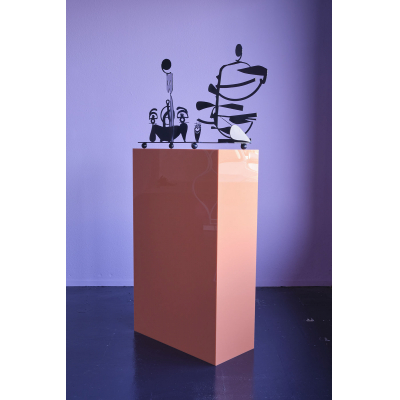 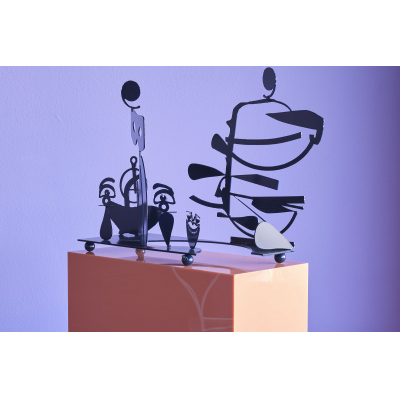 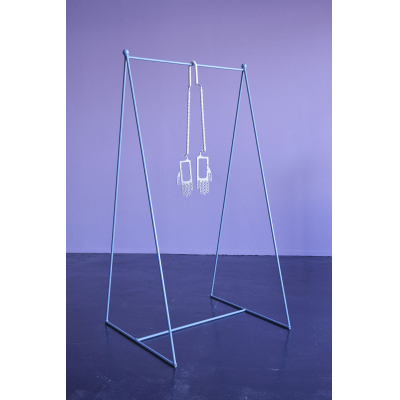 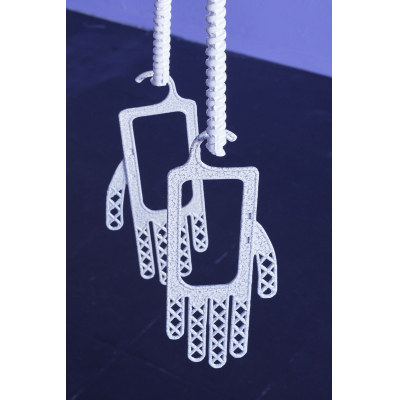 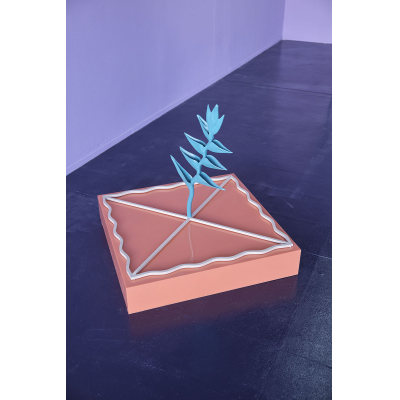 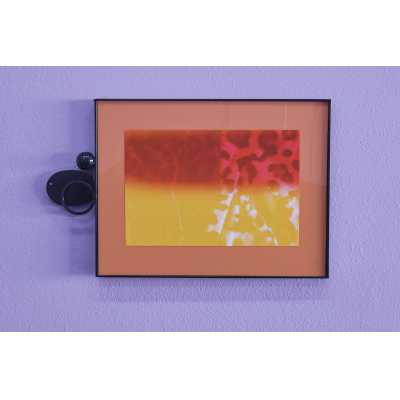 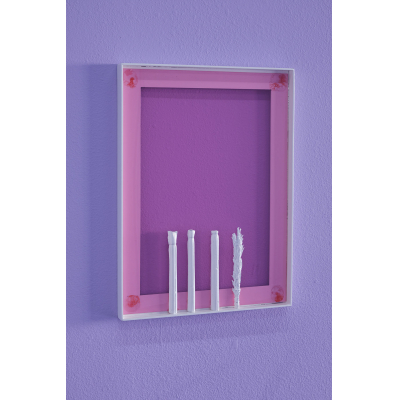 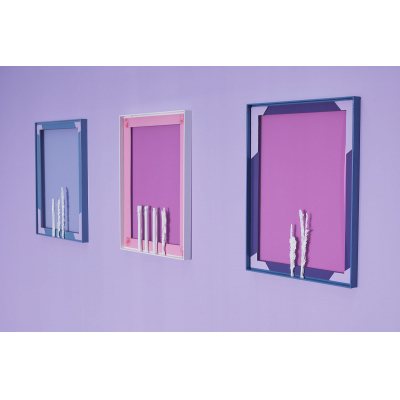